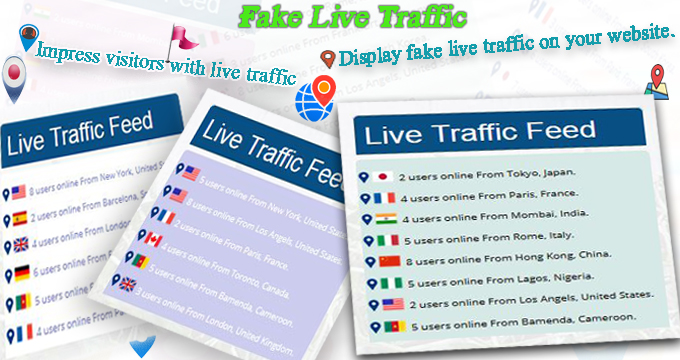 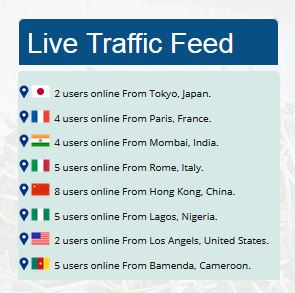 Attention: The owner of this service has not logged into SEOClerks for more than 30 days. It is highly recommend that you contact them before ordering this service. Last Login: 459 days ago

Fake live traffic feed display fake traffic on your website HTML or WordPress. You can generates any source of traffic from any country that you want. The traffics are been shown with country name, city or state of the country and the flags of the country. You are allowed to generate traffics from any country that you want. The fake live traffic changes automatically after some time interval which makes it to be more realistic. It also shows the locations of the real users who is online alongside the fake traffic to make it more authentic. You can view the demo at http://www.angelplugins.gq/