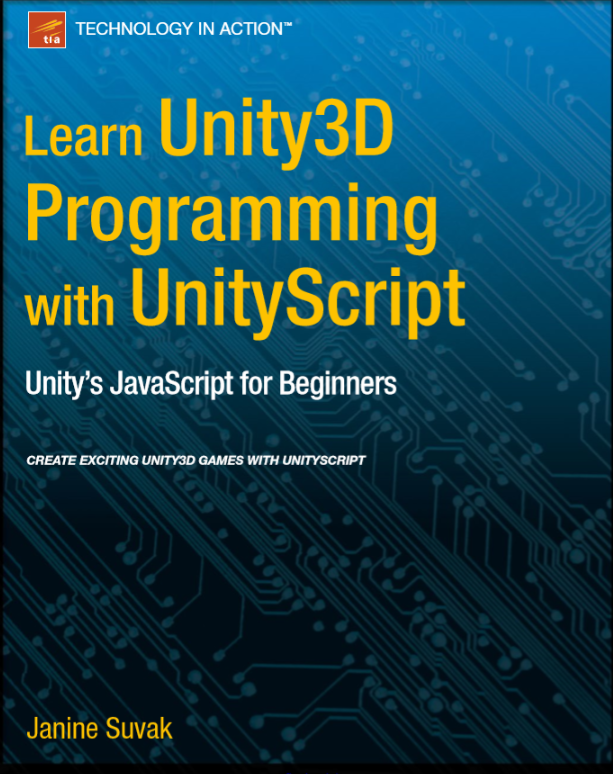 If you have the desire to create video games but have no experience with programming or game development, this is the book for you. Unity is a powerful game development ecosystem for creating 2D and 3D games. With its basic but still powerful free version, Unity has blasted away the barriers to learning game development. While the Unity editor is visual and intuitive in nature, you will have to learn to script in order to complete your game. Not to fear—all you need is a computer, an Internet connection, and motivation. This book is written for the complete beginner in both game development and programming. Scripting, programming, and coding are synonymous terms that all refer to the process of writing computer code to direct some portion of the game behavior. While it may seem a little daunting, as with any other endeavor you simply start at the beginning and learn one thing at a time. You can’t make a game without writing some code, but creating the code is only a part of the game development process. You’ll have just as much fun learning to find and use characters, animations, special effects, and other assets as you will writing code for directing their interaction within your game. Unity Technologies, the maker of Unity3D, provides excellent support documentation that most often includes working sample code. When I was a beginner developer, whether in mobile apps or video games, I found that almost all of the documentation was just about as clear and useful as if it were written in hieroglyphics—pretty much incomprehensible. I was stuck in a hole where I needed documentation on how to use the documentation! The purpose of this book is to bridge this initial gap—to give you a foundation in programming within the context of using Unity to make a simple game, while connecting what you are learning to the relevant information found in the documentation, and even to using some of the sample code. This book is meant as a launching pad: by the time you are through working on its examples, you should be able to confidently build on your newfound knowledge and skills with the many resources introduced to you throughout this book. With that in mind, read the chapters in order. After an introduction to the basics of programming concepts and to the Unity editor in the first few chapters, the subsequent projects will begin building upon each other from one chapter to the next. To get the most out of this book, follow along and complete the projects step by step from scratch. The best way to learn and (just as important) retain what you are learning is by doing. Besides, it’s fun and definitely more satisfying to do it yourself.

thank you so much for buy this book

Your trust is important to us

I hope you like the book as it is highly professional